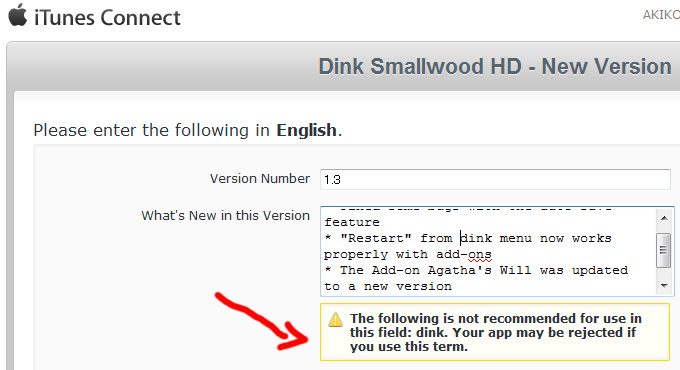 Hmm.  You know you named your game badly when you see a message like this!  I knew I should have gone with Dirk.

Android version is coming along great.  I’ve got it down to a 26 MB download (iOS version is currently 85 mb!) , but I had to kill about 15 MB of the original sound track (in .ogg).

Still too big?  Any thoughts?  Of course it (and in-game DMOD downloading) installs to SD card by default.

Hmm, maybe I can make that an optional “Extended soundtrack” thing to download later, could even just be a DMOD, although it would sort of be weird to play the main game from the DMOD menu…