So being between projects means I get to play around with random technology!

For some upcoming secret projects I’ve setup Flite TTS and Irrlicht as plugins in my iPhone engine to test out.

It’s a text to speech thingie that lets you make the iPhone talk.   It’s uh… well, I actually don’t really have a problem with it except I’m having a hard time controlling pitch and inflection.  Does anybody know of a better library?  Here’s a sample I made of Flite using the Kal 16kz voice. (Flite 1.3)

First, I’m sorry about the content of the audio.   Second, there is a problem where raising the pitch for the (loosely) female voice causes clipping.  Maybe I shouldn’t be using “Kal” for that.

This is a solid 3D engine that has been around forever but truly became appetizing after it went with the zlib license.

My tests on the iPhone have been a bit underwhelming, check these screenshots to see the FPS. 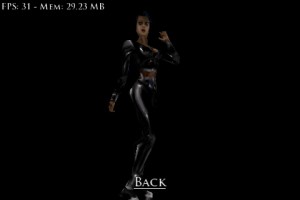 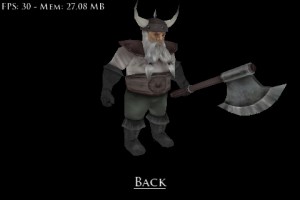 Skinned dwarf from the irrlicht media. Bout the same speed as the md2! 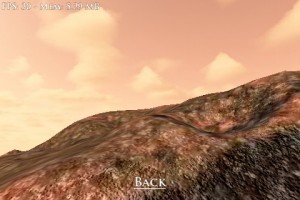 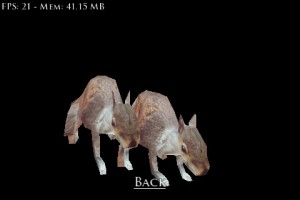 Two skinned squirrels exported with the Panda (.x format) from 3dsmax. (Akiko made these for Teenage Lawnmower back in the day) Slow! One gets about 30 fps.

Is anybody getting better speed than this?  Am I doing something wrong?

If I export say, a squirrel as a solid mesh (no animation) I get 60 fps, so I guess the real bottleneck is in the animation math, not the triangles/texturing.

I have to say though, I really like how Irrlicht is laid out – it’s a great way to steal <ahem, borrow> a ton of easy to plug-in functionality.  It can load nearly everything! (Except animated Collada..)

I can think of some ways to speed this up, for instance, one way would be to write an irrlicht program that converts skinned mesh anims to a morph/frame based one, then optimize the renderer for the iPhone,  should be way faster than even the .md2 renderer.  (So, mem/filespace exchanged for rendering speed.. could even avoid frame interpolation if you output the anim with enough frames maybe)

On the 3GS you could probably do a skinned mesh shader and just fly, not sure.  But I don’t even have a 3GS yet!  Meh!

Could probably drop the geomipmapping for the terrain and just dynamically create the render list based on terrain sectors in the players view and do a fog thing to hide the edges and see a big performance improvement for iPhone.