EDIT:  I got all the testers I need for now, thanks guys!

Have an iDevice and want to see games that will CHANGE YOUR WORLD before they are publicly available?

Well, I can’t help with that, but if you want to help test my stuff now is your chance!

Just drop me an email at seth at rtsoft.com with the following info:

You should be someone with enough free time to answer my dorky questionnaire after playing the game!  (btw, there’s a good chance you’ll also end up in the game credits)

If you’ve previously sent me this stuff, no need to send it again you’re already on the beta list.   The only way to get off it is DEATH.  Or ask to be removed, I guess. 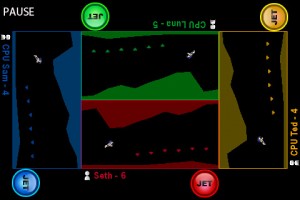 Note: I’ll try to come back and note here after I’ve got all the testers I can shake a stick at in a timely manner.  I’m sort of limited on how many I can use, it’s an Apple security thing.

EDIT:  I got all the testers I need for now, thanks guys!