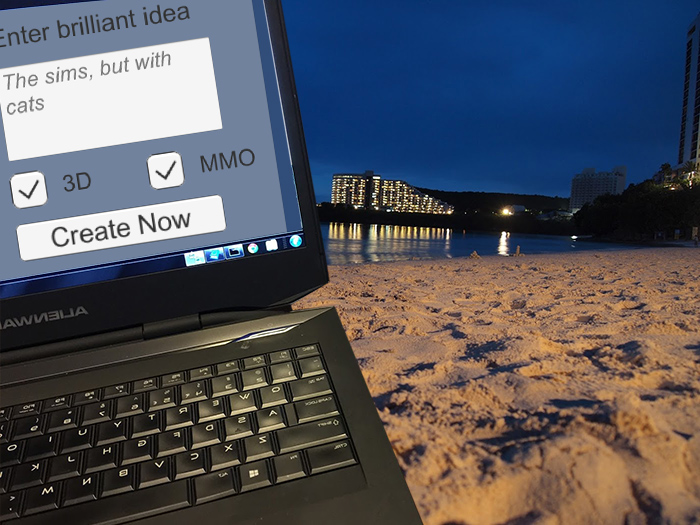 Sorry honey, I’ll be right there in a click or two. Just need to tighten up this game design first

The evolution of how I’ve described my job to non developers: I like “game designer” as it sounds more glamorous.  It evokes the TV stereotype of the pensive genius sitting on the beach, tapping out creative masterpieces between sips of wine.  I want people to think that’s what I do all day. To fellow developers I say “tiny two person indie dev team” to make it clear that we do the arting and coding and aren’t just “idea people” looking for someone to make our game or whatever.

The experience of running a tiny indie game company from home for nearly thirty years is more like being a rat desperately jumping between sinking ships as technologies and digital storefronts boom and bust in never ending cycles. You stay flexible or you’re done. 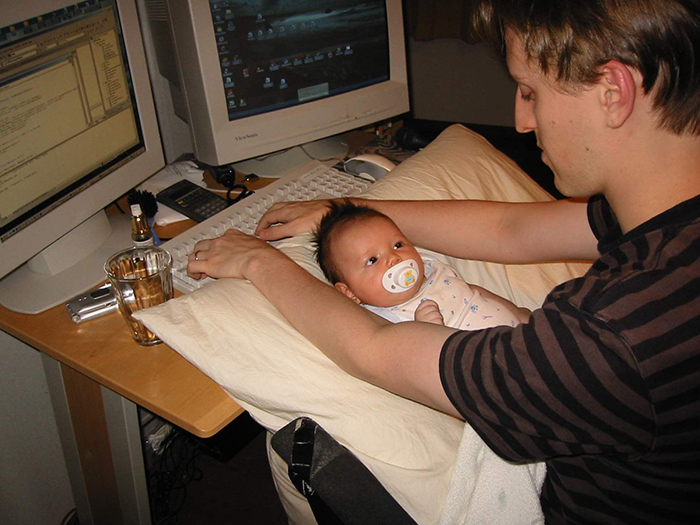 Pair programming with Cosmo in 2003

It’s fighting with software libraries, editors and engines.  It’s figuring out why ssl stopped working on our websites.  It’s dealing with soul killing (well, for me, anyway) things like conventions and marketing. All things considered, there’s nothing I’d rather be doing.

1 thought on “How do you describe your job to non-developers?”