I’ve played a lot of games recently but I wanted to stop and think about the shortcomings of Dead Rising 4 (single player campaign without DLC) and what might fix it. (played on Windows 10) 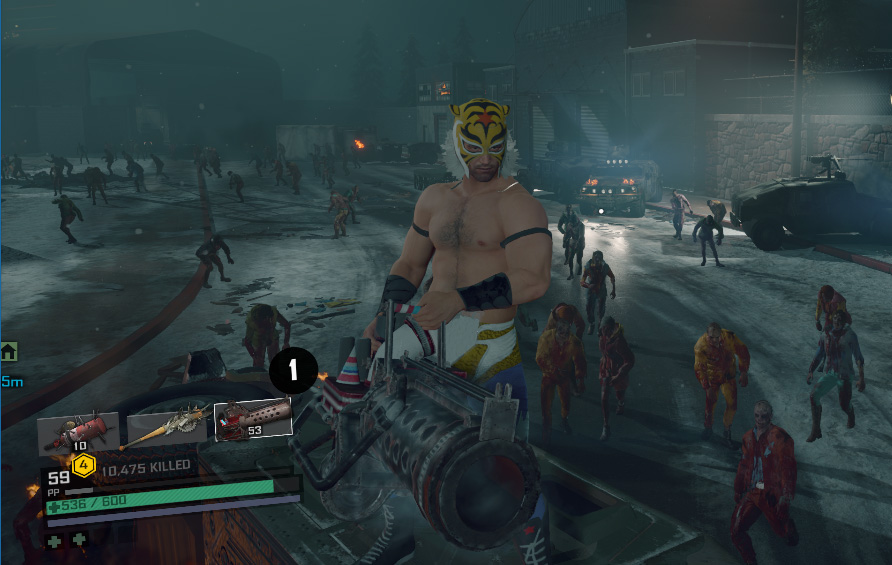 I think the biggest misstep here is the difficulty level.  Dead Rising 1 & 2 were extremely hard.

You would fight and die in a limited area over and over – there was a sense of urgency due to the quest timers.  You would fail the first few games, but you could restart the game while keeping your level/upgrades.

In the previous outing, Dead Rising 3 was missing that, but at least forced you to find save points.

But in Dead Rising 4, it auto saves constantly, not that you’ll need it.  I only died once – near the end of the game, and only on a final boss.  There is  zero worry or tension to “make it back to the save point” in this game.

Ok, I know, everybody hates escort quests, but if each survivor had unique dialog and not TOO far to escort, it would have been more meaningful than the simple “kill all zombies within 5 meters and insta-win” for every single survivor interaction.  Cheap.

There are upgradable shelters where you can buy things.  Survivors will show up in these, upgrading them.  I don’t think I visited a single one more than once, and ordered a car only a single time.  They are completely interchangeable and meaningless in the grand scheme of things. A real waste, why even have them if you’re gonna do that.

It was over so quick

It’s a very short campaign.  There is this gorgeous huge mall area but I only ran through it like once, figuring I’d need to come back.  I didn’t.  The game ended suddenly, and that was it.  I only got to kill a couple “Maniacs”, as I incorrectly figured I’d be required to kill some later but never was.  Poor writing, small amount of mission/story content.

There was never any real reason to need new blueprints or carefully make/hoard good weapons or health items. Everything is everywhere in great quantities.

How I would fix it

Ok, sorry for the rant but at least I feel better now.  Maybe this just didn’t have the budget or time to do a proper campaign but even with with just balance tweaks and the save point improvements this could have been a much better game.