I’ve been eyeing 3D printers for quite a while and finally pulled the trigger and purchased the rather economical Flashforge Dreamer.

I actually wanted a Taz 5 but I couldn’t find anywhere to ship it to Japan at a reasonable price, so whatever.

Anyway, despite feeling a bit limited due to the smallish build area it’s been a lot of fun. 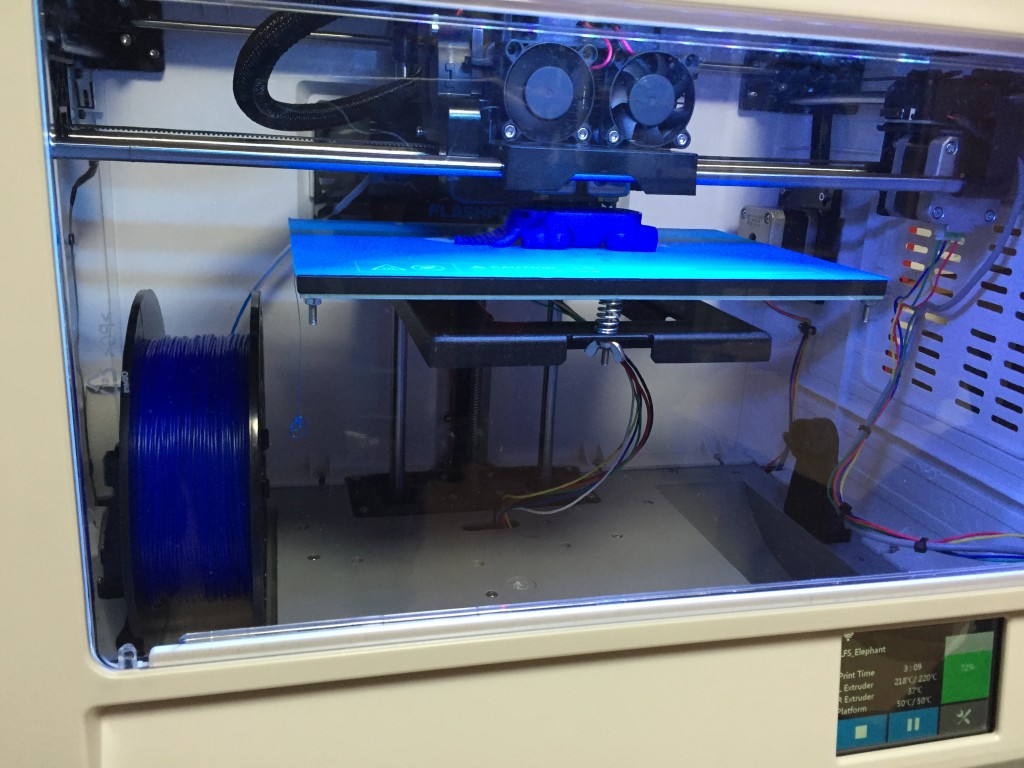 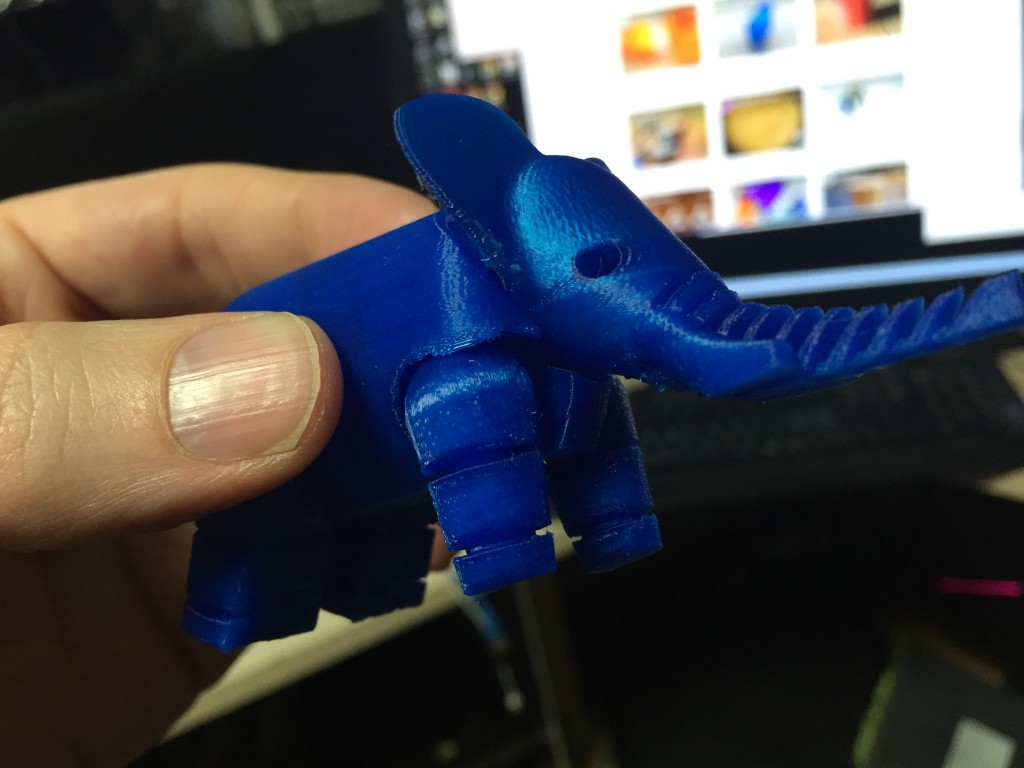 The finished elephant. The legs move with no assembly as they are printed that way!

Was up and printing in thirty minutes.  So far stuff has worked without hairspray, glue sticks, painters tape and the other things I read about that scared me. 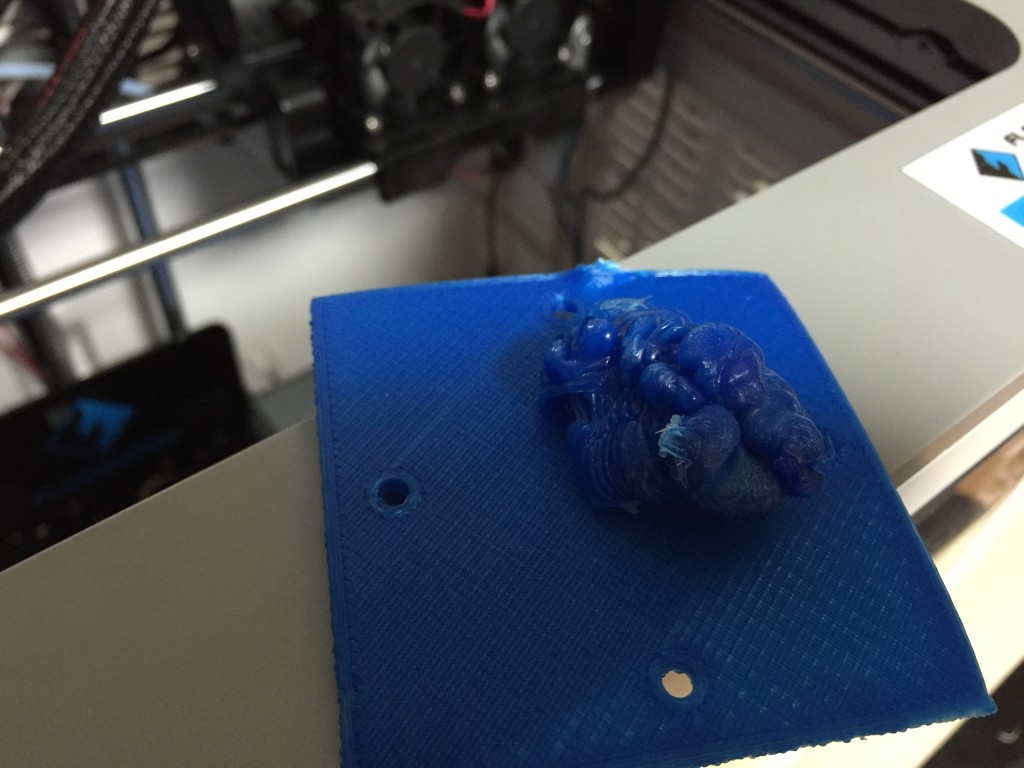 No really, that’s exactly what I was going for

Thingiverse seems like “the place” to get 3d files.  Any other good places out there?

If you have a dreamer, the first thing you notice is those spools of filament you bought from adafruit are too big.  No problem!  I used this design and a skateboard bearing to create a nice lazy susan style spool holder, it works great. 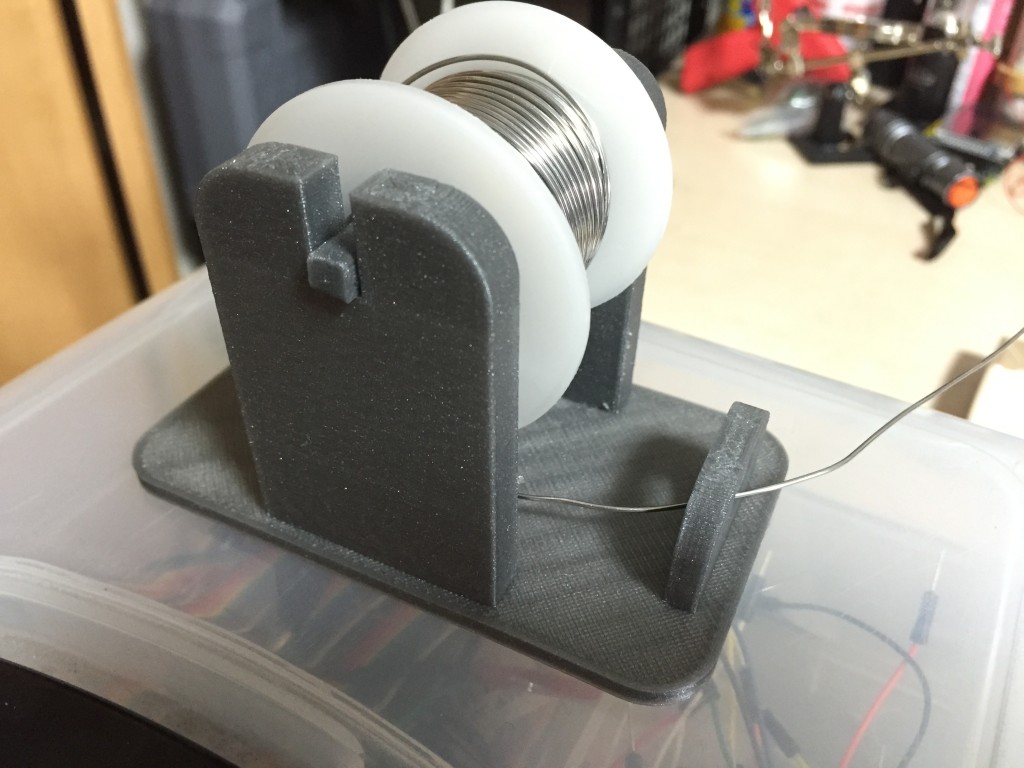 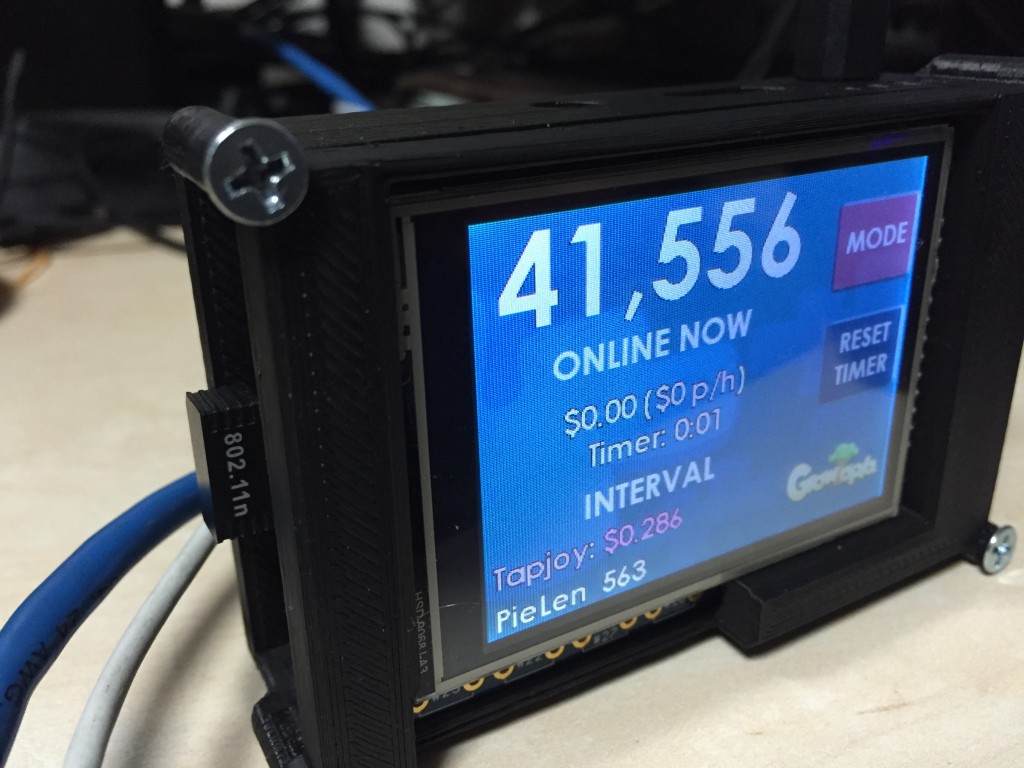 3D printed Pi2+PiTFT case for my Growtopia monitor so it looks less like a bomb, found it here.

Ok, that’s all fine and dandy, but the real reason I wanted a 3D printer is to make my own stuff.

I used Inkscape (sort of the Blender of vector art) to generate a shape from the 2D bitmap of the Growtopia logo, imported that into Blender and extruded it.   Well, as I expected it’s a bit hard to see and crap in general.  I printed another in black filament to sort of use it as a “drop shadow”, helped a bit. 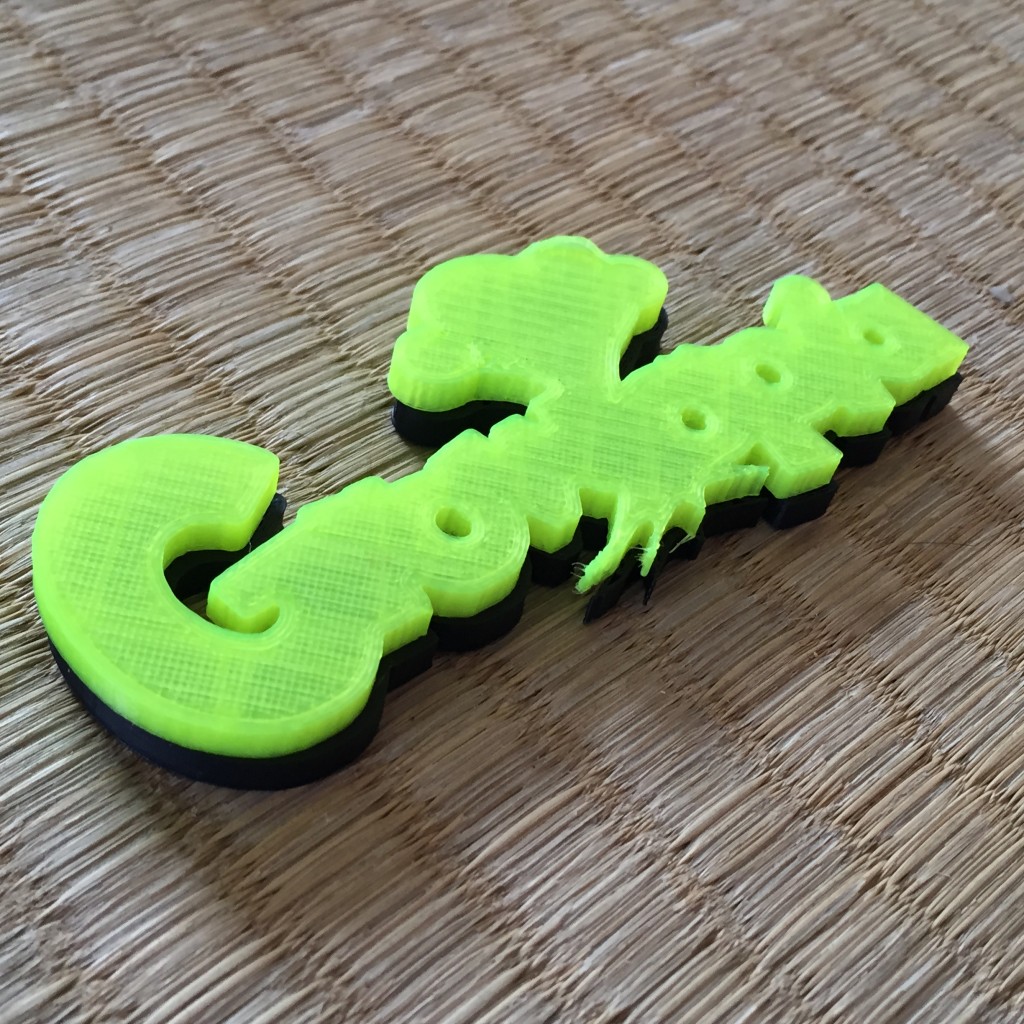 Can you recognize this logo? Er.. maybe if I raised parts to make the letters stand out more, I dunno

It was suggested on Twitter to print Growtopia characters, but man, that’s hard to do. Akiko whipped up a 3D model of a world lock for me though. 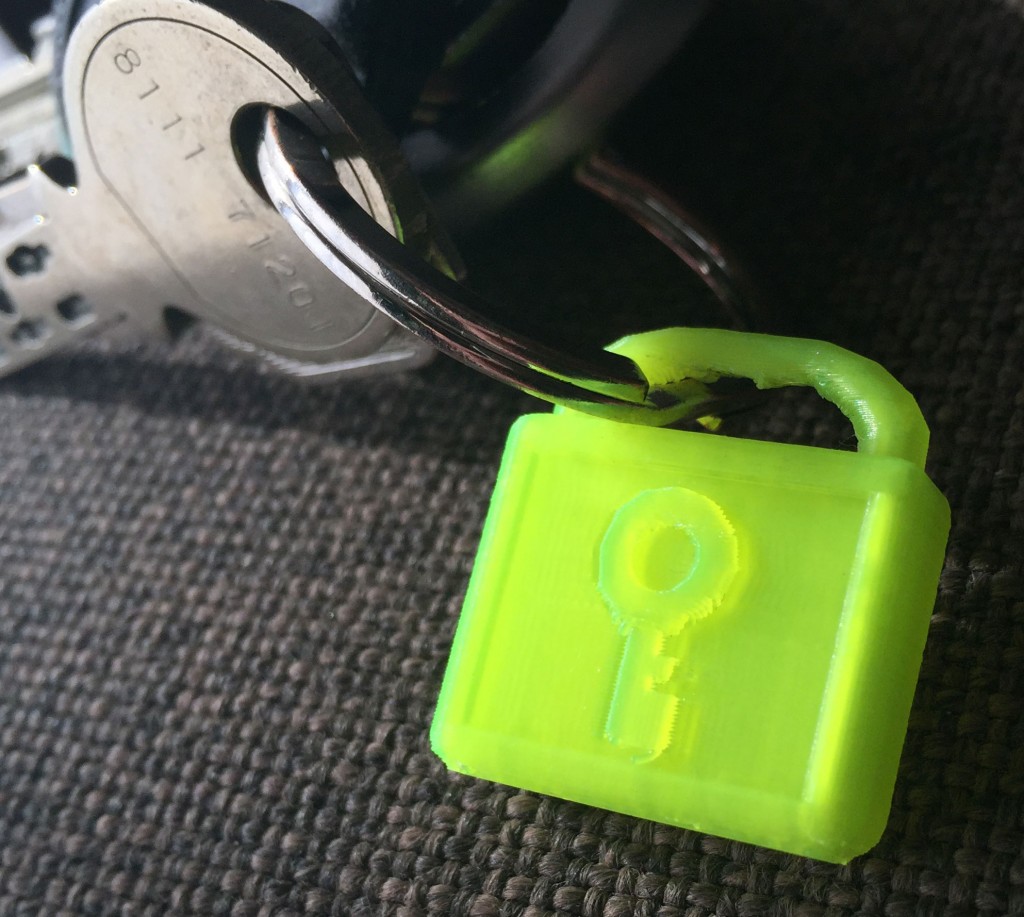 Have a 3D printer and want to print your own World Lock?  You can get the .stl from here!

What other simple Growtopia things would make sense to print?  Hrm.  Is a character really possible?  What if we painted it…

A tip about Blender to 3D Flashprint/Simplify3D’s stl scale

In Blender, I set the units to metric, then set the scene scale to 0.01.  When doing the final export I set the STL export scale to 1000 and this keeps the measurements in Blender exactly matching the final print size.  (Use the Ruler/Protractor tool in Blender to measure pieces easily) 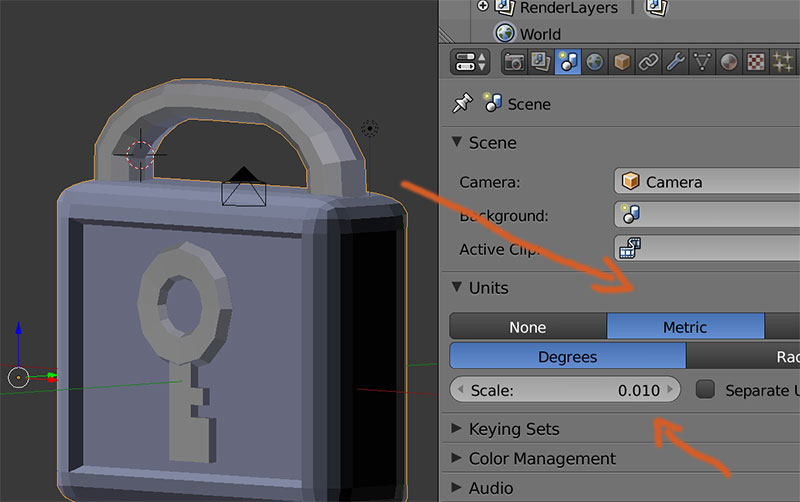 Also, keep in mind Blender now has some helpful options to check if your models are setup right for 3D printing, you just need to enable them. Too bad the export STL button on the 3D Print menu doesn’t have a scale setting, I need that.

I bought a 9 pin dot matrix printer for $220 for my Commodore 128 a looong time ago. You’d laugh at the low resolution pictures I downloaded off Quantumlink and printed. You had to stand across the room to figure out which movie star it was. So noisy.  So slow you could read faster than it could print!

Similarly to the path 2D has taken, I believe 3D printing is now accelerating its journey towards detailed full color prints that will become a standard we all take for granted in just a few years.  Exciting times.