1 iPhone.  4 players.  The age old problem of deciding who gets to play first has finally been solved… everybody plays!

This project started because I was just curious if a game that allowed four people to play simultaneously on a single iPhone could be done in a reasonable fashion.

After testing this in the wild and going through a few iterations, I can tell you.. yup, it works quite well, even on four hyper kids.

Somehow I didn’t think just 4 player pong or 4 player breakout would really cut it, value-wise, so I am packing three great games (Well, two out of three will be, Pong is.. well, just pong, er, <cough, cough> Blip Tennis I mean, I don’t want to get sued)  into a single package.

These are some very early in-game screen-shots to wet your appetite.  I’m manipulating some well known game genres with interesting rules so they will be fun for anywhere between 1-4 players.  The players can be any combination of human or AI. 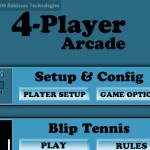 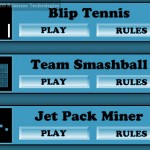 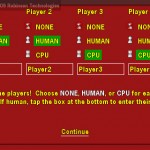 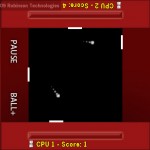 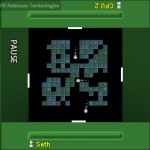