I’m a VR nut.  I’ve scribbled about my experiences with the Vive and Rift, the FOVE, and most recently the Hololens. So let’s jump into the void once again because today I received a joyous surprise! (not because I got it for free, but because in my senility I’d forgotten I’d ordered it) 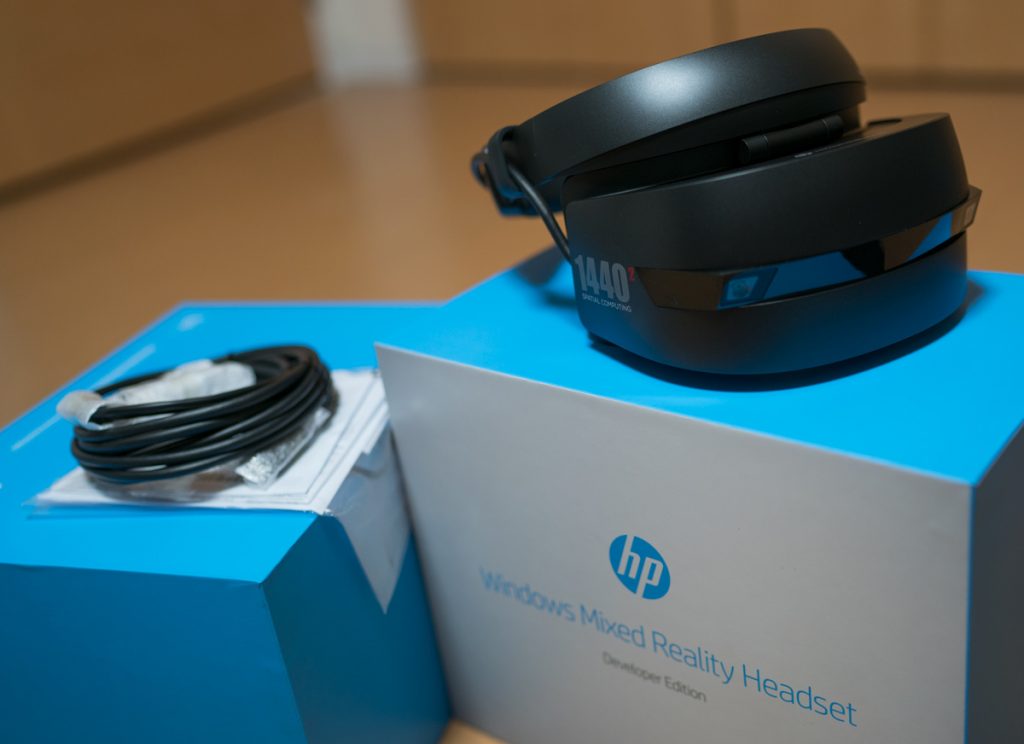 Seriously, Microsoft?   “Windows Mixed Reality Headset”? Not only does it not exactly roll off the tongue, but I wouldn’t even classify this thing as mixed reality.  I guess I sort of expected a tethered Hololens but this is just a normal VR headset. (I know it’s technically made by HP, but you can blame MS for the confusing/incorrect name)

As is the rule for VR, each company has to be annoying and create their own incompatible API, store and “Home” apps.  Microsoft is no different.  It’s sort of built right into Windows 10 – the headset comes with nothing, not even a URL to visit.

Magically, after plugging it in, Windows pops up a thing saying “Nice headset, we’re going to install Mixed Reality Portal for you now” and there you go.  (Well, as long you’ve enabled Windows developer mode)

While both the Hololens and the WMRH are Microsoft projects and share a lot of OS features and apps, the hardware is quite different.  Let’s compare.

So this (and the Hololens?) WILL be getting a sort of budget motion controller later – however, they will have some limitations as compared to Vive/Rift controllers due to the tracking differences.  If the headset cameras can’t see them, they probably won’t register the movement.  So, like an app where you jump rope might not work right.

It remains to be seen how accurate the tracking will be, I guess I’ll have to do an updated review that I get my hands on those.  (I’m using an Xbox controller right now)  Without motion controllers, VR is pretty lame.

Oh, you can also use Cortana for voice controls, but saying “Select” each time you want to press a button is tedious at best.

So what can you actually do with this thing? 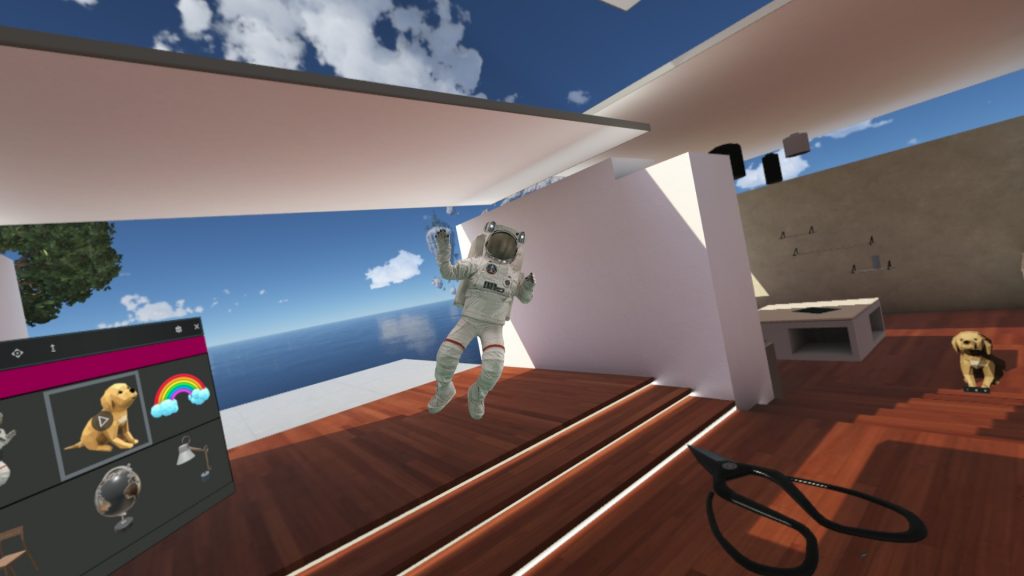 Well.. like the Hololens, you can place “Holograms” around, except instead of your real house it has to be in a fully virtual one. How it is even a hologram? Whatever.

You can browse the web or view the weather report in VR, but let’s be honest, after a few minutes we just want to take the headset off and use our real monitor for that kind of stuff.

You can play games in your “home” as well.  However, the game has to specifically support this feature, the only game I have that does is Gears Of Wars 4, so I tried that. 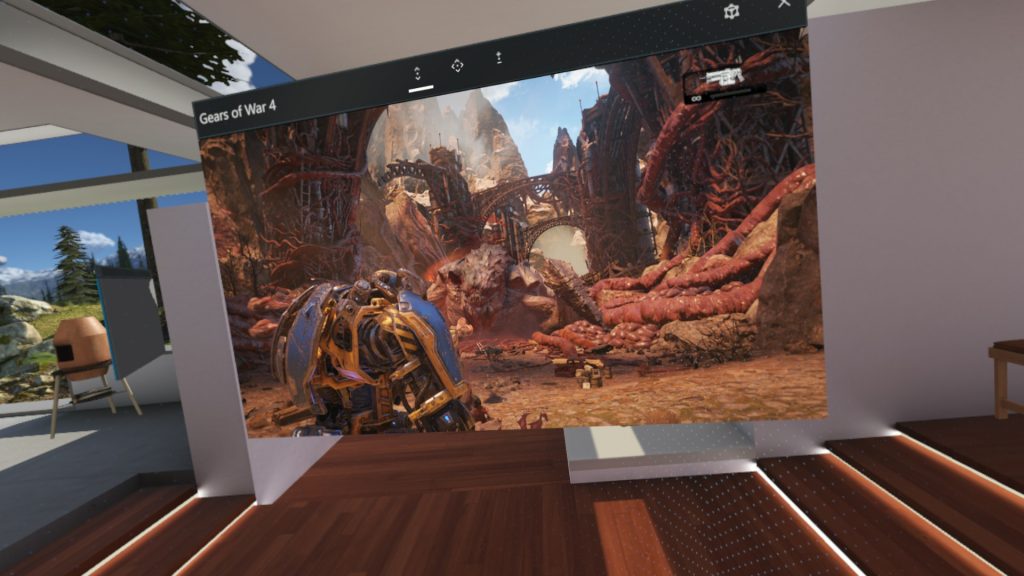 Of course, you can also download VR apps from the Microsoft Store. I suspect the development process is very similar to how Hololens appdev works.  (last I checked, Unity supports it and UE4 doesn’t (at least not without plenty of hoop jumping))

While previously I found the Hololens to have some amazing features I don’t really see anything about this WMRH that would make me recommend it over a Vive.

Well, I have to admit, the screen resolution bump is excellent – maybe if you were playing Elite Dangerous and didn’t need motion controllers this could be a thing.  Oh, but of course you can’t, because Elite doesn’t support the Microsoft specific VR API.

We’re sort of still waiting for everybody to get onboard with the OSVR standard I guess.